She began taking violin lessons at age seven, often accompanied by her published composer father on the piano. In college she played with the Rollins Baroque ensemble while studying with Alphonse Carlo, concertmaster of the Florida Symphony. Although trained classically, she grew up with traditional and bluegrass music in the mountains of North Carolina in the summer, and enjoys playing and learning different styles of music.

She currently plays at various community productions, churches, and weddings in the Highlands, NC area. 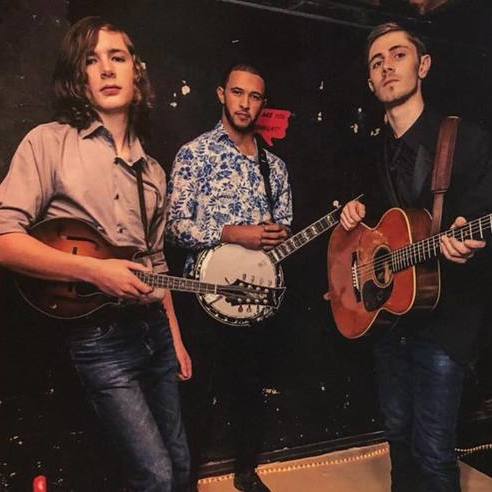 Weaver also studied songwriting under the direct tutelage of Berklee School of Music legend Pat Pattison. Dusk is an award-winning author and a featured member of the Poetic Genius Society. He has performed professionally since age 18 when he began playing with ex-Bill Monroe sideman Curtis Blackwell and his band, The Dixie Bluegrass Boys, touring throughout the eastern United States. Wood has recorded five albums. He teaches lessons to students in upstate South Carolina and western North Carolina and offers lessons online as well.

With encouragement and tutoring from her local high school teachers, Doyle Calloway, and other musicians she has been performing throughout the Southeast at public and private events for 40 years. The musical roots of Jackson County run deep into the wellspring of traditional Appalachian music. Click here for more information on the musical heritage of Jackson County. Facebook Twitter RSS. Paul has appeared at camps and festivals around the U. Greg Canote has spent most of his musical life singing and playing with his twin brother Jere as The Canote Brothers.

Kay Justice grew up in the small town of English, West Virginia, located in the southernmost county of the state. At an early age, she began singing in school plays and in church. Drawn to the music, she began playing the guitar and singing many of the songs she heard and loved. Further exploration led her to seek out the music of Appalachia, her home.


Carl Jones is an American songwriter and multi-instrumentalist. He is widely respected for his instrumental talents and original songs about the joys and tribulations of day-to-day life in the South. Today he plays concerts and tours with wife, fiddler Erynn Marshall and in toured Australia with the Galax Bogtrotters and China with Erynn. Carl is known for his fine musicianship, sense of humor, songwriting, and charismatic teaching.

Ben Nelson grew up in a family of old-time musicians in southwestern VA, tagging along to fiddlers conventions across the southern Appalachians. After he began playing old-time music as a teenager, Ben was awarded a Thomas J. Watson Fellowship to study the trans-Atlantic roots of the fiddle and banjo in Ireland and West Africa.

A passionate educator now living in Asheville, Ben works as an elementary school science teacher and traditional music instructor. He shares his love of old-time music and dance with students at Warren Wilson College and young players in the Junior Appalachian Musicians JAM program, and he has taught at music camps across the southern Appalachians. Ben is also a member of the prize-winning young stringband The Moose Whisperers — who he first met through the Young Old-Time program at Swannanoa!

Kari Sickenberger, a singer and songwriter from Asheville, NC, founded the band, Polecat Creek with her longtime singing partner, Laurelyn Dossett, and they have made three recordings with banjo player Riley Baugus.

Kari draws on her experience as a teacher to create a safe and encouraging environment for new and experienced singers alike. Brad Leftwich has long been a gold standard for traditional old-time fiddling and banjo playing. He grew up in Oklahoma in a family with a tradition of old-time music, and learned directly from masters such as Tommy Jarrell, Melvin Wine, Violet Hensley, and the Hammons family among others.

For the past 40 years he has performed and taught music around the world, made many recordings, authored books on Round Peak fiddle and banjo for Mel Bay, and created fiddle instructional videos for Homespun. John grew up listening to friends and relatives play, and he developed his own autoharp style incorporating both chromatic and diatonic techniques. Campbell Folk School, and elsewhere.

In , he became the first champion of the prestigious Mountain Laurel Autoharp Gathering Competition. In , John was inducted into the Autoharp Hall of Fame. Ron is a performer and scholar of the music of the Appalachian region. He has also performed music across the globe with the Red State Ramblers and recently shared shape-note singing with Sufi chant in Lancashire, England.

Linda Higginbotham is from a family of musicians and colorful characters with deep roots in the pioneer heritage of Indiana, Kentucky, and Arkansas. She learned to play guitar from her father, a Tin Pan Alley songwriter, and was introduced to old-time music as a teenager in New York by Miles Krassen. She moved to Bloomington, IN where she helped start an active community based on old-time music and dance.

She began playing clawhammer banjo and banjo-ukulele after meeting Brad Leftwich, and together they spent many hours visiting and learning from older musicians in the Appalachians and Ozarks. They now play together as a duo and in the Hogwire Stringband. As a musician, she plays stand-up bass and sings harmony vocals in the Hogwire Stringband with master fiddler, Brad Leftwich, and recorded with the late Garry Harrison on the now legendary album, Red Prairie Dawn.

Ellie was born into a deep musical tradition and began her life-long love affair with Appalachian clogging at the ripe old age of five. Ellie received an MFA in Dance Performance and Choreography from Smith College in May of and performs professionally as a singer, multi-instrumentalist, songwriter, and dancer.


In addition to her time on faculty at Smith College and Mount Holyoke College, Ellie has directed schools of folk music and dance in Missouri and North Carolina and been a master teacher at camps and festivals across the continent for over twenty years. Vollie McKenzie is a guitarist, vocalist and songwriter and a fixture on the Asheville music scene, delighting audiences and dance floors with his playing and singing.

Jere and twin brother Greg Canote have been performing together since childhood. With Greg on the fiddle and Jere on guitar and banjo, they have played for concerts, dances and musical events in forty-seven states and a few foreign countries. Jere also got bit by the banjo building bug, resulting in his own open-back 5-strings, minstrel banjos, pony, piccolo, and guitar banjos, and many banjo ukes! Soon after, he released Uke Life , featuring flatpicking and clawhammer technique on the ukulele.

For over thirty years, the twins have taught a thriving Seattle string band workshop and have been regular teachers at the Festival of American Fiddle Tunes, Rocky Mountain Fiddle Camp, Portland Uke Fest and many more. A spectacular mountain dulcimer player who can match the fiddle note-for-note on tunes, Don has been collecting, preserving and performing Appalachian music for more than four decades. He has spent most of his life working, playing music and living alongside old-time musicians in North Carolina, Kentucky, Tennessee, and Virginia, and he has developed a playing style that translates the older style fiddle and banjo tunes, ballads, and songs to the dulcimer, while maintaining traditional rhythms and stylistic sensibilities.

One of the most well-respected old-time fiddlers of his generation, Bruce Molsky comes at southern roots and blues on fiddle, banjo, guitar, and song with great depth of spirit. Known for his collaborations with musicians of other cultures, his wide-angled approach to traditional folk music has influenced a generation of players and listeners.

Rachel was born and raised into a musical family in rural WV where she grew up listening to local fiddlers, going to old-time festivals, and attending squaredances. A respected multi-instrumentalist known for his rich style and accompaniment, Travis has toured throughout the US and several foreign countries with the Stuart Brothers and as a sideman with other bluegrass and old-time bands.

He appears on a number of recordings and is especially known for his banjo-fiddle duets with his late brother Trevor. Travis lives in the woods of Haywood County with his family, his dog and cat, and loves many styles of music. As a bassist in both jazz and traditional music, Kevin Kehrberg has toured nationally and internationally, including Canada, Japan, and U. State Department tours of Kyrgyzstan and Ecuador.

Kevin also actively records and performs as a backup guitarist for old-time fiddlers. He holds a Ph. D in musicology and is a member of the music faculty at Warren Wilson College. John has been traveling the world playing old-time music for over forty years. He lives in Madison Co. With a degree in music education and a great love for old-time music, Meredith is known as a patient and enthusiastic teacher who will make you laugh.

She lives in Asheville, NC where she is a certified Alexander Technique teacher and a licensed massage therapist. She teaches good body mechanics in every class, especially those dedicated to the subject of playing with ease and preventing injury. A veteran of the old-time music and dance scene, Gordy is known for his distinctive clawhammer style on the fretless banjo and his masterful rhythmic footwork as a clogger and buckdancer.